View cart “Atlantic 60cm model yacht” has been added to your cart. 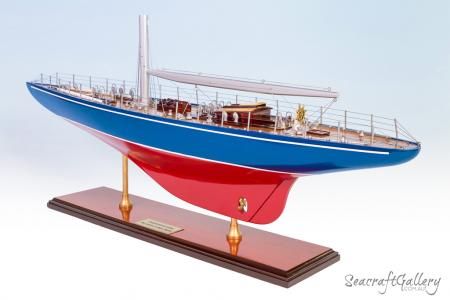 While the America’s Cup has long been dominated by the Americans themselves, Britain has run them close on more than a few occasions. The closest they have come to winning it, though, was with the beautiful Endeavour. Known for her speed and power on the waves, this boat was one of the most impressive British entries into one of the most prestigious events in nautical sport. This recreation yacht model of American’s Cup Endeavor sailing boat is a classic addition for all nautical fans and lovers of the sport. This is recreated to help give you as close to the real thing as you can, with this scale model sailing boat giving you a fine item to store, hang or display in any way you choose.