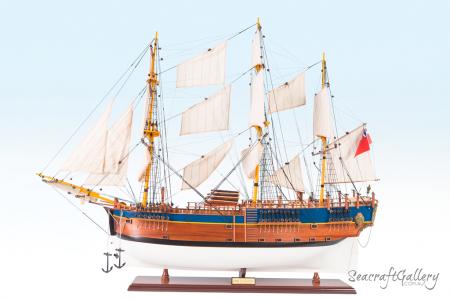 As one of our most popular model ships, our new HMB Endeavour ship models help to add much-needed elegance, eloquence and charm to the whole experience. This is a must-have take on the HMB Endeavour model ship range, also available in other sizes of 75cm and 45cm.