View cart “HMS Victory 95cm Painted” has been added to your cart. 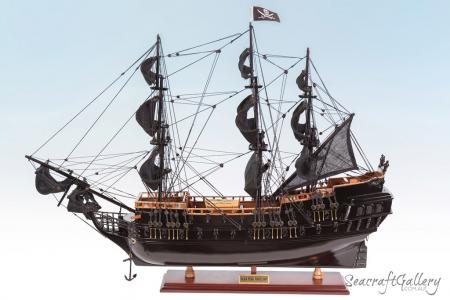 Key Features of the Pirates of the Caribbean – Pirate ship:

The Black Pearl is a very interesting ship, with a rich history in the series. It was produced as a merchant ship known as the Wicked Wench and was mostly used as a safe trading vessel. However, during a battle with Captain Armando Salazar, the ship’s captain, Captain Morgan, was killed – and so Jack Sparrow took command.