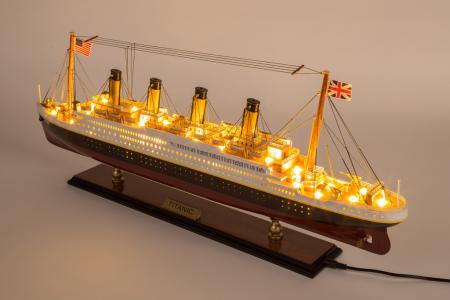 At the time of breaking apart, though, the ship contained well over 1,000 people. The ships destruction was a major blow to a thriving industry, but it brought about massive changes by the British and American governments with regards to maritime safety. It also led to innovations in wireless communication, which would, in the future, save many more lives. The Titanic itself was wrecked and was never found again until 1985 during a routine United States military mission. Split in two, the ship is presently in a process of gradual disintegration as it sits at around 3,784m underwater. However, many artefacts and items have been recovered from the ship, with many museums around the world storing these instead of the ship itself. The crushing nature of the story made sure that the Titanic became a major part of popular culture. Countless books, songs, movies and memorials have been created for what is the second largest ocean liner to ever sink. Only the HMHS Britannic can beat it – though the Titanic was in actual active service at the time of its sinking. Last survivor of the ship, Millvina Dean, who was just two-months old at the time, died in 2009, aged 97. It’s unlikely that the RMS Titanic will ever be lifted or recovered from its tragic resting place.