View cart “HMS Sirius 45cm – Flagship of the First Fleet (Last one)” has been added to your cart. 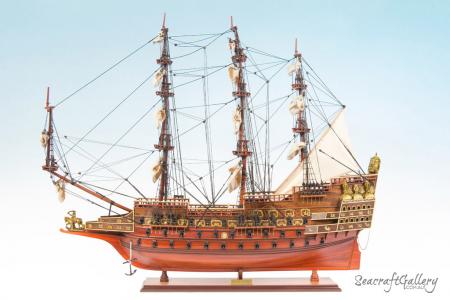 Sovereign of the Seas 95cm (Last one)

Key Features of the Sovereign of the Seas ship model: