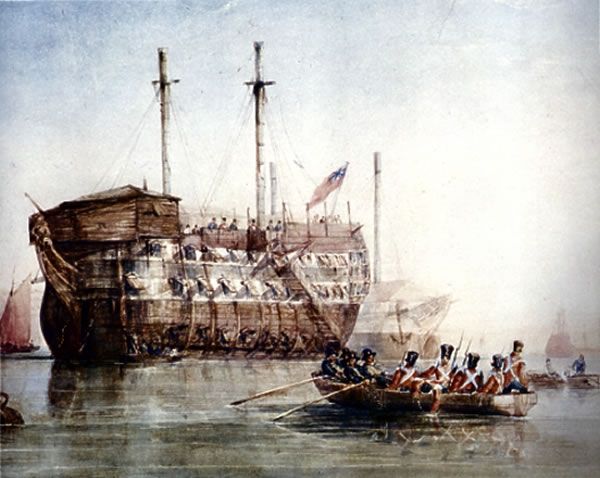 For many people, Australians included, the history of Australia is one that isn’t necessarily well-known. Despite being one of the most powerful English-speaking nations in the world, Australia is still a relatively new country. Compared to many countries that it now completely outstrips in terms of international prestige; Australia is very much a young nation. How, though, did things get started here?

Given the landscape of Australia, it’s no surprise that Australian history begins after the development of major naval vessels. The British Government had decided to start transporting its large number of convicts to American colonies. They chose to start sending them to America, but this stopped with the beginning of the American Revolution. Desperate to find a new place to send convicts, Britain came up with a plan: find a new location to stop overcrowding in British prison systems.

And so in 1770, James Cook charted and then claimed the east coast of Australia in the name of Britain. Doing so, they decided to get ahead of the oncoming French Empire and start building on Australia. By 1787, the First Fleet of eleven major convict ships were to arrive on the shores of Australia. They set sail for Botany Bay and arrived in early 1788. They founded the city of Sydney, and this became the first European-built settlement in on the continent.

This expanded rapidly, though, with establishments built in Tasmania and Queensland by 1824. By the 1850s, western Australia was now taking part in the arrival of convicts. The peak time for penal drop-offs came in the 1830s and began to fall drastically. This came after protests made by the locals against the convict system became more and more apparent.

By 1868, the last convict ship had arrived in Western Australia. This marked the end of a long-term situation.

What is a Convict Ship?

Convict ships were non-specifically built vessels purely with the intent of moving people to new locations. Convict ships were built due to the overcrowding of British prisons, and the intent to keep everyone imprisoned. Instead of loosening the legal system or giving amnesties for crimes, people were simply shipped off in these massive freight containers.

However, where much of the confusion around a convict ship stems from is their suitability to the role. At the time, they were simply merchant ships that were used to help move people around to the new locations in America, the Australian Colonies, and the Caribbean. It’s important to note this as ther was no ship used specifically for the haulage of people alone.

Many times, convicts should be shipped on the same vessels as item ships and merchant ships. This is a common fallacy, as many believed that these were quite literally floating prisons that were put out to sea. They were most commonly used from a selection of barques, brigs, and square rigged ships. The majority carries a medium-to-small level of tonnage and were used primarily for the transport of people and produce all at the same time.

Why Did We Need Convict Ships?

Convict ships were needed for a few reasons – more or less due to mass overcrowding in the cells and jails back in Britain. The majority of people who were shipped off were transported for petty and small scale crimes, though by the 1830s more serious crimes were also punishable by transportation. However, most of those who were imprisoned for serious crimes were simply killed.

With around 20% of Australians today descended from convicts, it shows the strength of feeling and the passion for the history of Australia. Make no mistake, while the convict history of Australia was seen as an embarrassment, today it’s held as a sense of pride. Convict transportation might have been a hugely horrible thing to do to human beings but look at the country it soon created.

How Many Ships in Total Existed?

Around 806 convict ships were built, and around 164,000 convicts were transported to Australia as a part of this system. This mass haulage of people meant that Australian colonies managed to grow rapidly in a period of around 80 years. Started from 1788 until 1868, then, a huge number of people managed to be brought to Australia to start lives as convicts.

The Changing of Times

When the concept of convict ships first came to be, it was quite common for there to be little regard for the convicts themselves. They would be thrown on board like cattle, and often given little to no survival support during the journey. Indeed, this slowly began to change come the outbreak of numerous diseases and illnesses on convict ships. This came to a sudden head in 1801, though, as voyages became far stricter in terms of how transport would take place.

British Government ships started to put more effort into providing food, resources, and medical supplies. This came due to the large number of convict deaths, far outstripped the number of deaths on immigrant ships and other long-distance voyage trips. By the 19th century, though, we began to see a much smaller amount. As such, many convicts could actually arrive at their destination in better condition.

Many convict ships were used over the years, with many of them being merchant and trading ships. Given that convicts were seen as another form of currency or provision in many ways, they were bundled in with other products to be shipped off and sold.

Some of the most common ships, though, are ships which were shipwrecked. The most famous ship to have been shipwrecked is arguably the George III. This convict ship was destroyed after hitting the south-eastern coast of Tasmania. Another good example was the Waterloo, which was destroyed at Table Bay in South Africa.

With tonnages of around 372 to 584, though, these were ships that were limited in size and in strength. As such, it was rare to find a convict ship with a large military history or anything like this.

Today, then, while many Australians look to avoid discussing this part of history, it’s simply a fact. And given that many are happy to embrace this side of Australia, it’s becoming an increasingly celebrated part of Australian history.