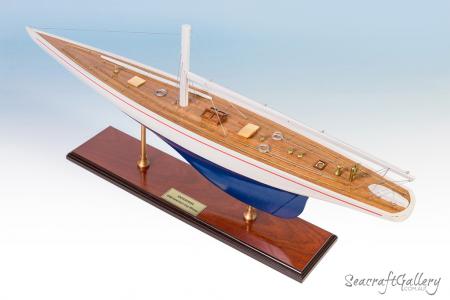 Owned by the Vanderbilt Syndicate, the Enterprise entered into her selection trials, attempting to earn her shot to represent her country. Skippered by Harold Vanderbilt, with a crew of 31, the Enterprise swiftly beat out the other three New York clubs, earning the right to defend the America’s Cup. Racing against the British Shamrock V, the Enterprise was victorious in all four races, cleanly retaining the cup for New York with her wins. Though she was created by legendary designers, launched to great fanfare, and won in true style, the Enterprise was never to sail again. Following her victories in the races, the Enterprise was dry docked until 1935, after which she was sadly broken up for scrap.