During the mid-nineteenth century, and most notably in Western cultures, steamships and steamboats became one of the most prominent forms of transportation. This travel revolution took place on a global scale, as travel via steamship allowed goods and people to be transported at a fraction of the time that it took to sail. Prior to the introduction of the steamship, the most common forms of transportation were fueled by man, wind, and horsepower. However, each of these modes had their own flaws and drawbacks and, as such, the steamship provided a more reliable form of transportation.

The introduction of such forms of transportation at a key point in Australian history contributed to the formation of Australia into the country that it is today.

On 14th May, 1831, the very first steamboat arrived in Sydney, Australia.  Beginning in June of that year the vessel, known as the Sophia Jane, sailed a regular route between Sydney and Newcastle while transporting a variety of goods and roughly 80 passengers. As a dual-powered vessel she was able to harness the power of both steam and wind to travel her route, ensuring her efficiency no matter the conditions. She was shortly joined by another similar ship, called William the Fourth, which – like the Sophia Jane – arrived in Australia as a sailing ship before it was retrofitted with an engine and paddles to provide steam power.

These ships, and many like them, were the first ever used in Australia. Their primary function was to run mail, goods, and people between various locations throughout Colonial Australia. With technological advancements underway, the steam engine was adapted to function for ocean-faring vessels. Once this change occurred, the practicality and speed of such ships expanded the world of transportation by enabling people to easily traverse the globe without such extreme constraints and expenses in terms of time and money. This increased mobility had an undeniably positive effect on trade, not only in the world but also in Australia.

Prior to the introduction of the steamship, sailing to Australia was a long and arduous journey which could take upwards of four months – even for those who were not sailing under unfavorable winds or perilous weather. While a clipper, a type of ship designed for speed, was able to complete the journey in approximately half the time it would take a regular ship, conditions would still need to be favorable as it relied on the power of the wind. If there was no wind, sailing would be very slow.

Introduction of the Steam Engine

As already discussed, the introduction of the steam engine revolutionized travel for people coming to Australia. In the early 19th century, steam engines were available to transport smaller goods and services around mainland Australia, but an efficient method for ocean-faring ships was yet to be discovered. During the 1850s it was possible for some of these combination dual-powered ships, such as the Sophia Jane and the William the Fourth, to be able to make the journey using steam. The first of these dual-powered ships designed for international travel, called The Great Britain, arrived in the year 1852. However, there wasn’t yet an efficient way to sail using only steam power. Sails and wind-powered boats would continue to dominate the international travel industry until the 1870s.

New types of steam engines, alongside improved designs of ships themselves, emerged during the 1860s. These engines made it possible to travel via boat using only the power of steam. However, it would take an additional 20 years for steamships to become a profitable international endeavor for Australia. This process was greatly accelerated in 1869 due to the opening of the Suez Canal; this provided ships from Europe with an alternate route to access Australia. The combination of these technological advancements dramatically increased the appeal to those seeking to make a new life in Australia, as the total travel time lessened from 6 weeks to just 35-40 days.

The Change in Transport

While most major changes to steamships were focused on design and performance, the comfort of passengers also became a priority. Ships were no longer designed for simply sending goods and any passengers that managed to fit; shipping companies were now seeking to make their vessels more attractive to those who were planning to travel. As such, a lot of emerging designs would give way to the first modern cruise ships. For those with the money to pay for such voyages, ships were made far more appealing through both their levels of comfort and speed.

The reliability of these international steam-powered ships meant that schedules and timetables could be developed, and accurate predictions could be made as to when goods or people would arrive. As such, the ability to plan ahead for travel and transportation acted as a great economic boost to business and immigration within Australia. The majority of people traveling to Australia during the late 19th and early 20th century were British immigrants seeking to make a new life for themselves in Australia. The Australian government relied heavily on these immigrants to ensure Australia’s safety and better defend its borders. Several schemes were developed during these periods, such as government assistance, to help encourage new settlers to come to the country.

Travel to and from Australia using boats powered by steam became a vital part of Australian history; it remained an important aspect of travel to the continent well into the twentieth century. Travel by steam engine continued to be the most prominent form of transportation until the 1970s, at which point it was eclipsed by air travel. 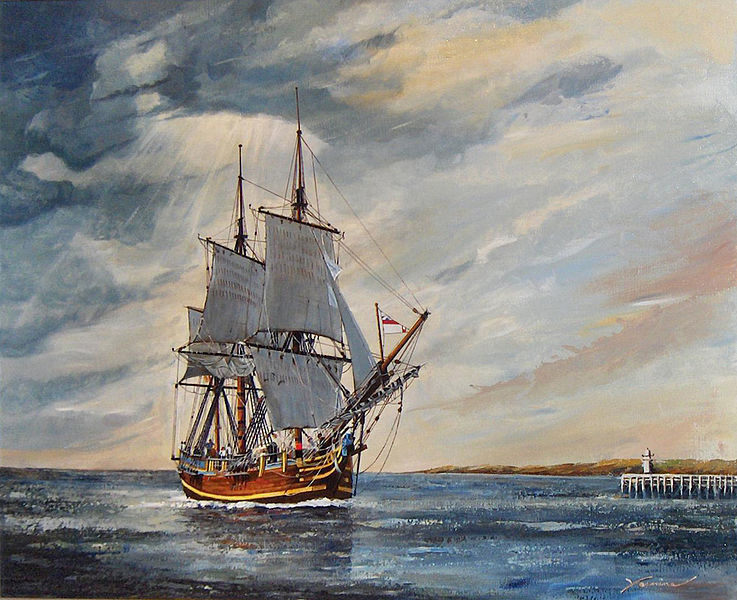