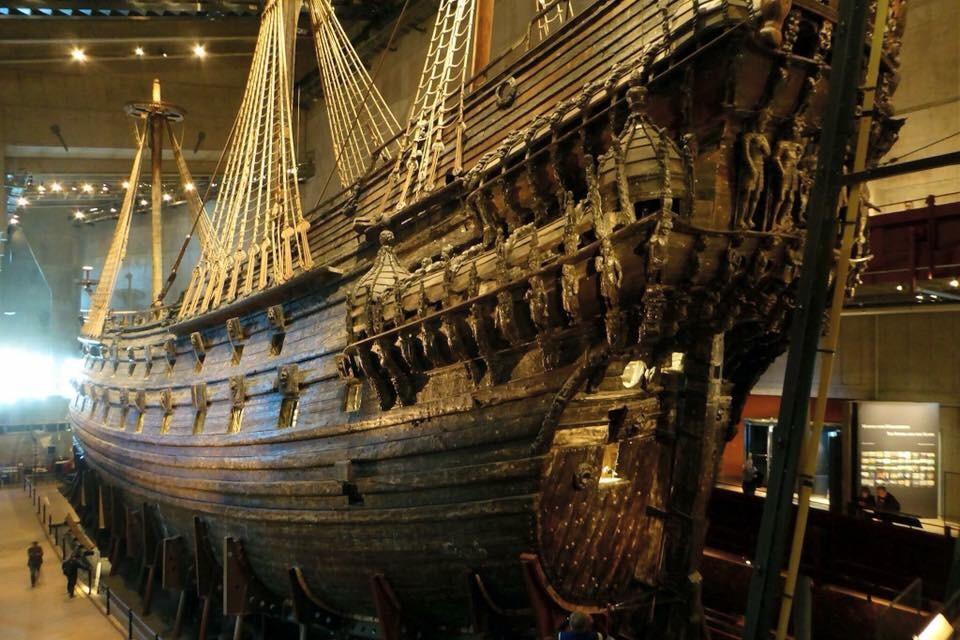 The story of the Vasa - Why the Vasa sank

The history of ships is a long one, with centuries of challenging work and effort going into their research. From small wooden rafts to the modern metal-made masterworks that we create today, ships have undergone huge transformations. Part of what has allowed us to reach this level of shipbuilding expertise, though, stems from trial and error.

Many innovations have been sought, and not every one of them has stuck. Some ships, then, have a famous history of being destroyed arguably before they should have been. With that in mind, then, many people today want to know more about the unique history of the ships that were a failure. One such ship that is a fine example of a failure is the Vasa.

When it first set sail in the 1600s, the Vasa was supposed to be a technological marvel. It would be the most high-end warship of its era, and was supposed to change naval history for the better. Toda, it is used as a fine example of why we should leave technological innovations to the right people.

The ship itself was sunk with just two blasts of wind; the first caused concern, the second brought the ship to its metaphorical knees. Despite being built with the intention of being a world-famous warship, the Vasa manged to sink without a single cannon ball, arrow, or fire attack being launched in its direction.

Why, though? Why did the Vasa sink? What made this happen?

The height of opulence

The Vasa was designed by the Swedish experts of the day, and was designed to appease the then-Swedish Royal Family. It was a gorgeous ship, opulent in its design, and told stories of the royals and their achievements. It spoke most positively of the King, though, King Gustav II Adolf. The king ordered that it be built in the pristine image he had produced.

Indeed, he intended for the ship to carry sixty-four bronze cannons, which was seen as unprecedented at the time. Noted as being utterly extravagant, the ship was seen as a clear symbol of the way in which the royals of the day viewed themselves.

Some experts even believe that the desire to have so many firepower options on the gun deck played a majorly contributing role in the sinking. Some note that the weight would have been too imbalanced. This comes from the fact that the Vasa was built by someone with no real expertise in the art of building an armed ship. Therefore, it was a ship designed with one thing in mind: add whatever the King wanted, regardless of how realistic or feasible that it might actually be.

Keen to have the ship readied quickly so he could show it off, too, the King demanded that the ship was built very quickly. This led to various corners being cut in a bid to try and appease the lord of the land. Naturally, though, such quick fixes tended to appease the King but managed to unnerve those who were in charge of building the ship.

Today, the ship is nothing more than a discussion point and a diving area for archaeologists to go and check out. What caused this disaster?

A lust for power

A big reason the Vasa was built, and built so fast, was because of the war that King Gustav II had started with Poland and Lithuania. The ship itself was designed to show a clear showcase of the power that the King and thus Sweden had and wanted to hold forever. This led to the creation of a ship both powerful in design and powerful in practice. It was armed with the finest of cannons, and held more firepower than any other vessel that the Swedes would have been able to call upon. The excessive weight of the ship, though, left it constantly on the verge of tipping over. Despite being warned by his people that the ship was not stable, Gustav, keen to show his people and the wider world his new behemoth, forced the ship to be sent out on its maiden voyage.

That voyage lasted a measly 1,300 metres. The ships instability meant that the first strong gust of wind left it shaking around in the water. A second gust shortly after was enough to send the ship careering around.

At the time, many of the people advising the King lacked the political influence to be able to simply say no. The consequence of denying the King what he had asked for would be too much. Despite serious concerns about the cost and the inability to actually work, the Vasa was to be built. Tellingly enough, the Privy Council looked into the person who was ‘responsible’ for the grave errors made.

Given that all fingers pointed to a King desperate to massage his own ego, nobody was officially blamed. As such, the ship fell into myth once the valuable elements – the bronze cannons – were recovered during the 17th Century.

Today, though, it is a massive tourist attraction with good reason. Many people want to know how such a disaster could take place.

What caused the Vasa to sink?

There are many theories as to why the ship itself sunk. On the day the Vasa left for its maiden and only voyage, it was a calm day. A light breeze was all that existed. In terms of conditions, it would b e hard to find a better set of conditions to start sailing on. Given the rickety nature of the ship, though, there were immediate worries among most who witnessed the ships unbalanced exit from Stockholm.

The issues began the moment the Vasa passed under a group of bluffs to the south, of which is now known as Sodermalm. A small gust of wind hit the sails, and the ship began to heel to port. The ship righted itself as the gust passed on, but by the time the ship reached Tegelviken, where there is a wider gap in the bluffs, a stronger wind came through uninterrupted by terrain.

This was enough to force the Vasa to see its lower gunports open and thus water began to flood into the lower gundeck. The water soon exceeded the ships’ ability to right what was already a poorly constructed build. as such, water poured down into the hold and the ship began to sink just 120m from shore. Boats rushed out to try and provide support for those trying to escape, but some thirty people perished with the ship.

A dreadful situation was witnessed by thousands of people. They came to see what had exhausted the public purse so much, and were shocked to see it fall apart. Many foreign emissaries came to see the ship, too, and no doubt left to share Gustav and Sweden’s misfortune with their own masters.

The cause and effect

Numerous reasons today are attributed to the sinking of the ship, but the most common and agreed upon reason is simply instability. The ship was built to be too narrow, too weak, and simply could not support the grandiose ideas demanded by the King. The mass in the hull and the structure of its weaponry meant that the weight on the ship was balanced incorrectly; there was too much weight on the top-end of the ship.

This led to an unsuitable center of gravity, and thus it would take precious little force to tip over such a vessel. It also lacked the ability to find its center again, meaning that righting movement would have been minimal.

However, the guns alone are not to blame. Though ill-advised due to the excessive number of guns, it made up just 5% of the total displacement of the ship. The problem is agreed to have come from shocking hull construction, with the part of the hull which sits above the waterline being too high and thus built too heavily.

Added to this were problems with the headroom of the decks being higher than was needed, meaning that the decks and the guns were higher above the waterline than would be recommended. On top of this, the extremely close spacing for the deck beams and supporting timbers would have helped to add the excessive weight to what was already a top-heavy ship.

On top of this, there was an inconsistency with the measuring systems, with both Swedish and Amsterdam-Dutch methods used. This means that there is a total inconsistency in the build itself.

In short, the Vasa is a ship that was simply built to be too big and too heavy for the technology of the day. In a future generation, when the King would not have so much say in the building, a modern Vasa would be more likely to have survived – even with so much opulence. In the end, the Vasa has gone from a symbol of Swedish naval power to an example of why experts should be listened to very closely when it comes to technical matters. 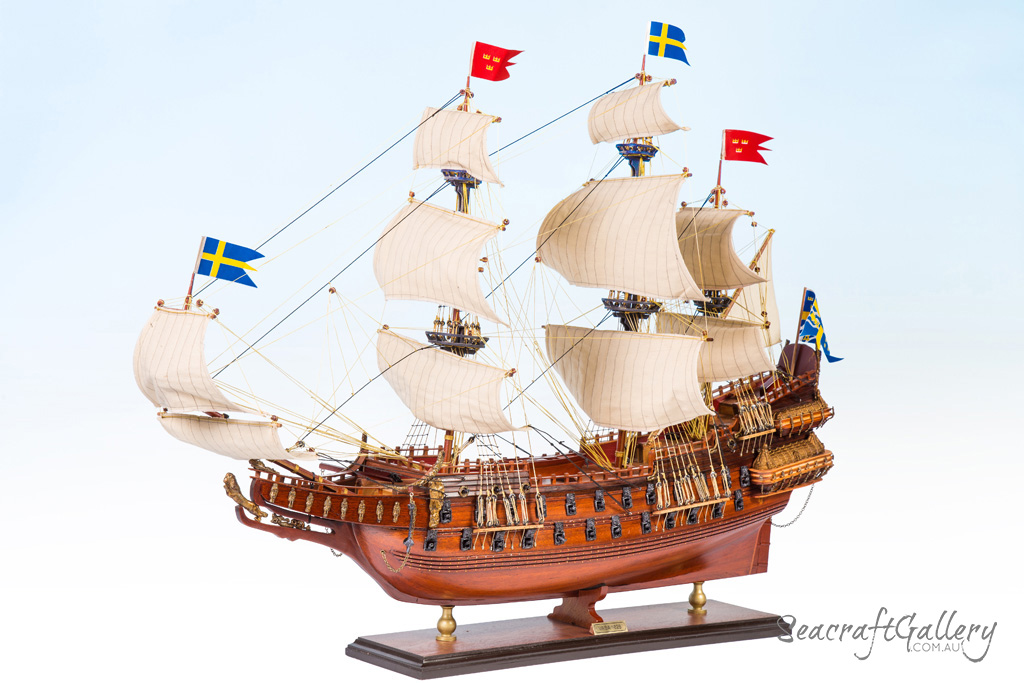 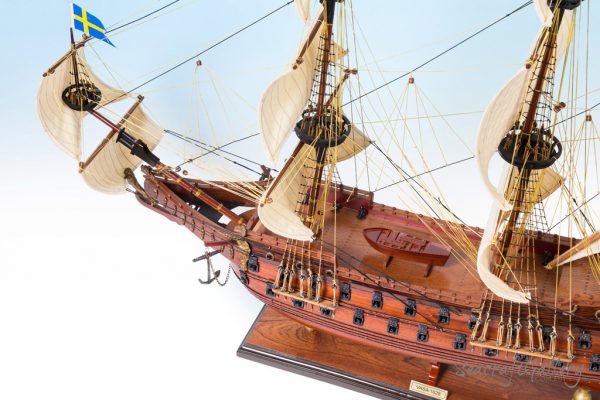 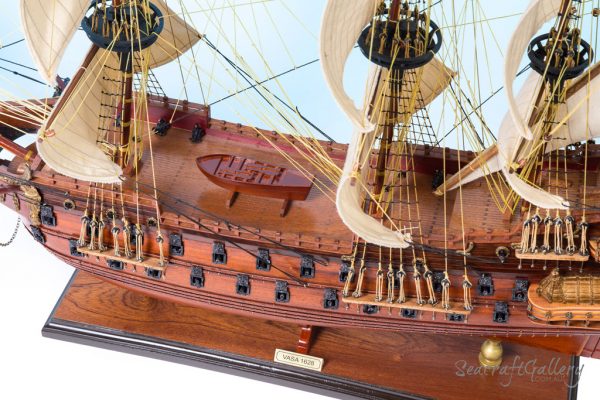 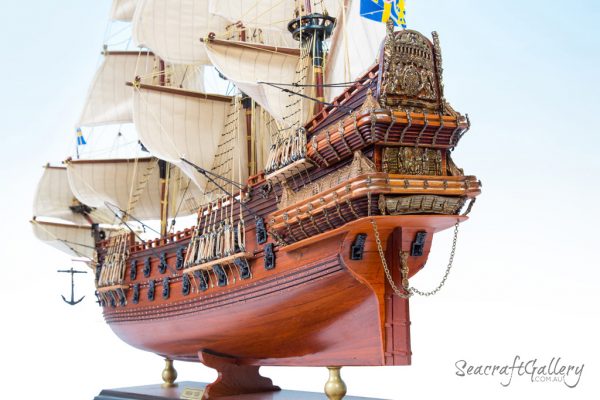 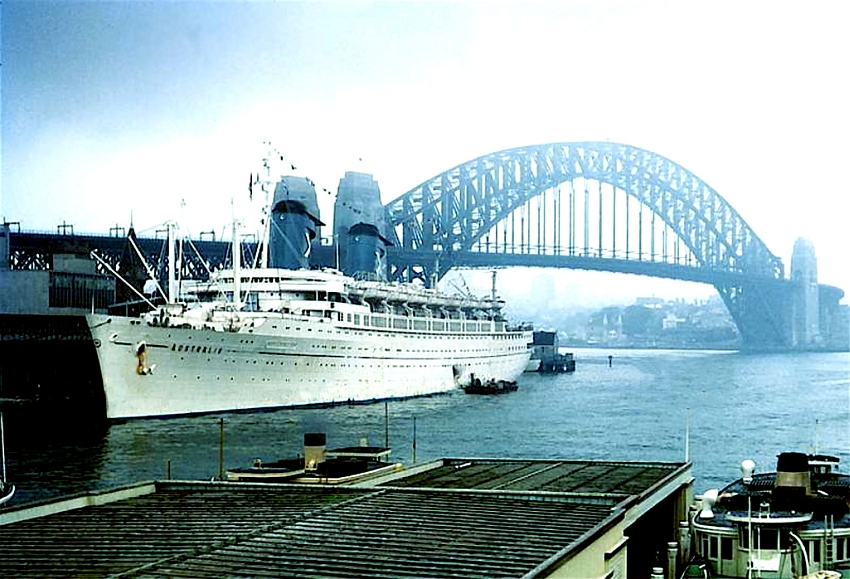