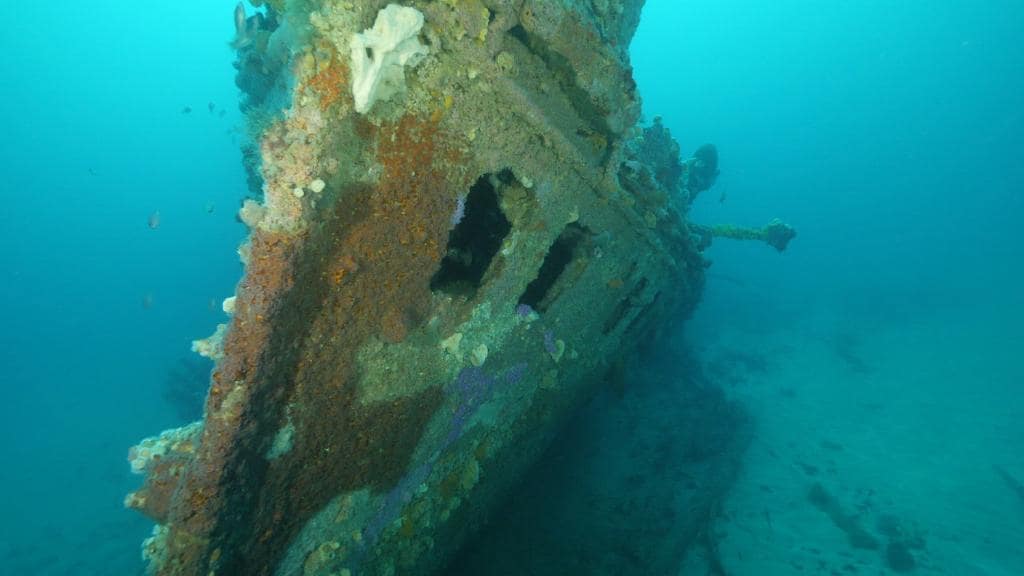 Lets start with one of the most famous shipwrecks in Australian waters. HMS Sirius was a part of a very important voyage. The ship sailed from England in 1786 to establish a colony in New South Wales however it got wrecked off the coast of Slaughter Bay in Norfolk Islands. The ship holds a lot of importance in Australian history. This can be judged by the fact that there is a special section related to the Ship and its artifacts in the Norfolk Island Museum. In the late 20th century, multiple diving expeditions at the site of HMS Sirius shipwreck extracted around 3000 different artifacts including cannons, anchors and other belongings of the people on board.

Each shipwreck has a story behind it. The story of AHS Centaur is a very sad one. The ship was hit by a Japanese torpedo in 1943 during World War II. What makes this attack so heart wrenching is that the ship wasn’t carrying any soldiers. It was actually carrying more than 300 medical personnel. The attack happened at around 4 am and the entire ship sank in around three minutes. Many people on board were actually asleep at that time. This attack was labeled as a war crime.

Another ill fated ship that got hit by Japanese torpedoes in the second world war. HMAS Perth sank in march of 1942. More than half of the people on board lost their lives. The shipwreck is home to many different types of marine life and a very prominent site for divers. Many marine salvagers have stripped the ship of its original structure and artifacts for money.

The main purpose of this ship was to explore and survey, unexplored areas on the coastline of Australia. The wreck was rediscovered in 2009. Many diving expeditions for extracting artifacts from the site followed the discovery of the wreck. HMSC came in collision with an uncharted reef however the best part about this shipwreck is that there was no loss of life.

Batavia was owned by the Dutch East India Company. It was the flagship of Dutch East India Company. The ship got wrecked off the coast of Western Australia. The wreck initially killed 41 people out of  341 onboard however after the shipwreck there was a mutiny amongst the survivors which caused another 110 deaths. The mutineers were later on punished and out of all the people on board, only 68 survived the trip. The ship was carrying a lot of treasure on it, some of which was later on discovered by the Australian authorities in 1970 when the wreck was discovered. Many artifacts from the shipwreck can be seen at the Western Australian Museum.

Another sad shipwreck story is that of Maria. Maria was a normal sailing ship that started its ill fated voyage from Port Adelaide in 1840. The ship got wrecked on Cape Jaffa Reef. Everyone on board survived the wreckage and made their way to the nearest island. They were met by aboriginals of the island who first seemed to help the survivors but later on attacked and killed them all.

Around 20 years after Maria another ship by the name of SS Admella sailed off the course of Port Adelaide. It was going to be SS Ademalla’s last voyage before retirement however nature had another thing stored for it. The steamship hit a submerged reef which quickly broke the ship into three pieces. Out of 133 total passengers, only 24 lived to see another day.

The first one on the list to not get wrecked by a reef or torpedoes. SS Yongala sailed off the coast of Melbourne and was en-route to Cairns when a devastating cyclone hit the ship and sank it. This wreck happened in  March 1911. There were 112 people on board. None of them survived. Thousands of divers visit the wreckage every year. It has also become home to many different species of fish.

Loch Ard was a clipper ship. The wreck happened in 1878 off the coast of Victoria. The wreckage happened due to a reef and some miscalculations on part of the sailors. There were many amazing things on board including a grand piano, luxury good, an exotic peacock and many other valuables. The peacock was discovered and is now on exhibit at Flagstaff Hill Maritime Museum.

Like Batavia, Vianen was also a ship owned by The Dutch East India Company. The Ship got grounded in 1628 however maintenance work was done and the ship was refloated. The ship was however wrecked in 1629 at Sunda Strait.

Another victim of Japanese torpedoes. The ship wreckage can be found  125 meters. 36 crew members were on board when the ship sank. One diver has even lost his life trying to visit the wreckage. This shows the dangers of visiting shallow water wreckages.

M24 was a small Japanese submarine that attached Sydney harbor in 1942. It attacked both US and Australian ships and submarines however it missed all its targets. After some time the M24 left the Sydney harbor and its fate was unknown until 2006 when the wreckage was discovered. The reason for the wreckage is still unknown.

Famous for transferring convicts, the Hive wrecked near the Jervis Bay in 1836. The area is known as wreck bay and is a very prominent surfing spot in Australia. The wreckage was discovered in 1994.

William Dawes was a steel ship that was sunk in the world war by an attack from the German and Japanese ship. The wreckage of the ship can be found 135 meters below the ocean. It is the deepest wreckage dive in New South Wales. Five crew members were killed. The wreckage was first visited in October 2004.

Falls of Halladale was a Scottish International Trader ship. It was carrying thousands of dollars of cargo when it got wrecked. This disastrous wreck happened due to a mist that had engulfed the coastline. The captain and sailors of the ship thought that they were far away from the shore when the shore was just a few minutes away. This made Falls Of Halladale go ashore the land.

Clonmel was a large steamship made out of wood. It was a luxurious steamer that seemed very promising when it was first introduced. It had a great maiden voyage but things took a turn for the worst when the ship hit a sandbar on its second voyage. Luckily there was no life loss however Clonmel wreckage was instrumental in the foundation East Gippsland company which was a prominent trade center in Victoria at that time.

HMAS Voyager was lost in the Melbourne-Voyager incident. Both Melbourne and Voyager were Royal Australian Navy ships that collided with each other during a drill. More than 80 people were killed as a result of the collision. All 80 were aboard the Voyager. The incident is still remembered in Australia as one of the worst accidents to ever happen during a navy drill.

SS Cawarra sank in  July 1866 in New South Wales. 60 lives were lost in this heart wrenching incident. The reason that SS cawarra sank was that it could not cope with the huge waves that go in contact with the ship when it entered the harbor. There was only one survivor.

A relatively recent incident as compared to other entries in the list. SS Lake Illawarra sank in early 1975. The ship came in collision with the Tasman bridge and resulted in the death of 12 people. An inquiry into that matter found that the incident happened due to the captain’s wrong decision. The ship wreckage can be found 35 meters below the Tasman Bridge.

Australia is a very beautiful country. It has one of the largest coastlines in the world which is why it does not come as a surprise that there have been so many shipwrecks off the coast of Australia. The number of shipwreck incidents has drastically reduced as compared to the 1700s and 1800s. 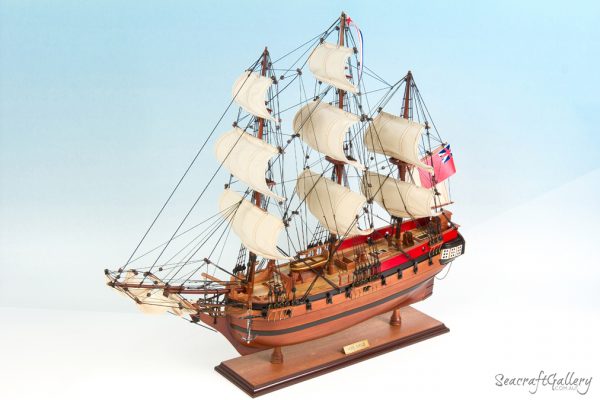 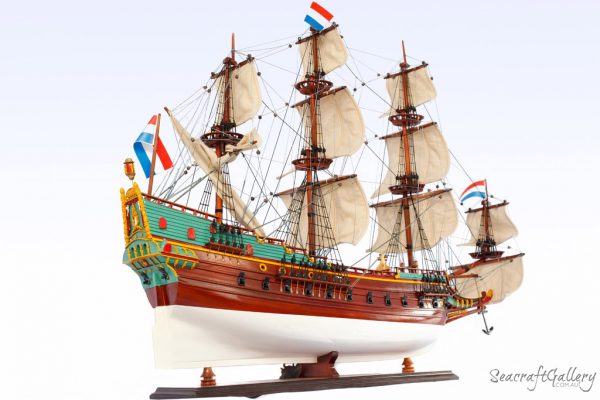 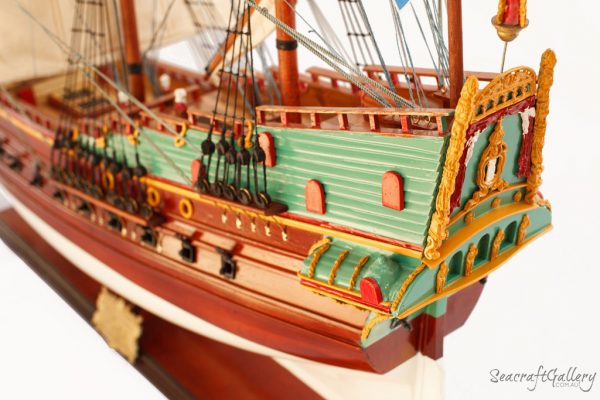