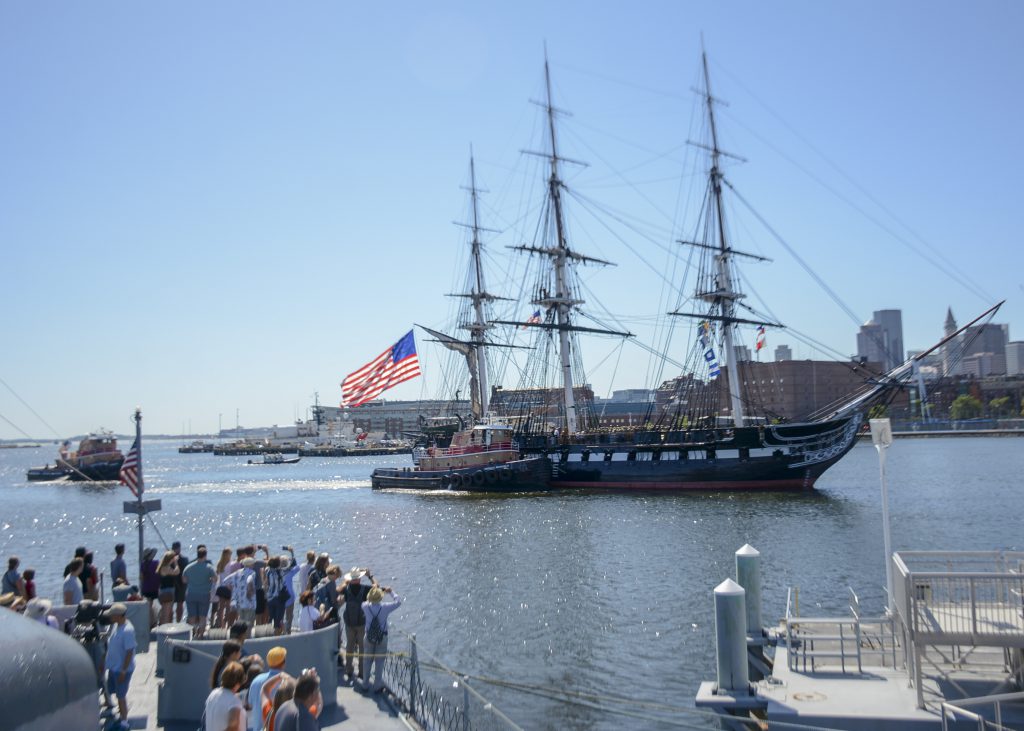 The ship itself was first built in Boston, Massachusetts, and was released on the 21st of October 1797. Indeed, it is the oldest warship in the world to still be afloat. While the HMS Victory might exceed it by some 30 years, it is preserved in Portsmouth, UK, in a drydock. In terms of still being afloat, the USS Constitution stands strong to this day.

If you were to take the USS Constitution in with your own eyes, it would be truly breath-taking. Standing at some 204ft in length, it comes with a displacement of some 2,200 tons and was capable of hiring as far as 1,100m into the distance. The ship was designed with, at the time, state of the art design thinking. Handled by the ideology of Paul Revere, a famed silversmith of the time, the bolts that were used to fasten the timbers together and the copper was of a unique quality. In the end, the vessel cost some $300,000 to create, including the development of its 50-plus gun cache.

Capable of taking some 450 people out to sea at any one time, too, the USS Constitution was a mammoth of a ship that achieved a great many deeds in the years that it spent in-water.

The first real moment of historical repute for the USS Constitution came in the early 1800s, when it was used to face off against pilots from Tripoli. It was commanded by Edward Preble, a famed Commodore of the time. Indeed, as the war against pirates from Tripoli continued, the USS Constitution was actually used as the location where the peace treaty to end the war was signed. The real moment of historical solidity, though, came in August 1812.

Then, the ship was under the command of Isaac Hull, and it was forced into battle with the Guerriere, a British frigate of immense reputation and quality. This is also the supposed moment in time when the ‘Old Ironsides’ name was thought up. As the crew noticed British firepower failing to break through the tough oak of the ship, the crew were believed to have called it Old Ironsides in homage to its ability to take a hit.

Over the decades to come, the ship took part in many successful victories – however, come 1830, there was talk of the ship being destroyed. This led to public outcry, and the development of the famous poem, “Old Ironsides” by Oliver Wendell Holmes.

The ship was commonly used in wartime periods, but its most key periods as a wartime vessel came during the war of 1812. However, the ship would serve as an essential training ship for American naval staff who wished to join the US Naval Academy in the American Civil War.

As a warship, it became a legend for being able to take shots that would have sunk stronger vessels, and it became well-respected for being more than capable of handling tough, difficult moments and come through with gusto. For many Americans, it’s the ideal personification of their grit, determination, and desire to find victory even in the face of defeat.

For once, the public was adhered to and the ship was kept in preservation, with rebuilding taking place in the 1830s. By 1844, the ship was ready to go on a circumnavigation of the entire planet. The ship took part in this amazing journey, and with it achieved a great many feats of discovery that simply would not have been possible were it not for the ship’s readjustment.

However, life at sea for the USS Constitution was not forever; in 1882, the ship was removed from active service and in 1905 it was placed for public viewing in Boston Harbour. At this stage, many had condemned the USS Constitution as a relic of the past, and nothing more than a vision of a naval history that was beginning to be surpassed in style.

Restoration, though, just like the constitution itself, has been a part of the historical life of this famous boat. In the late 1920s, the ship was scheduled for further restoration. Though it was unable to sail under its own power, the ship was restored to a quality that seen it capable of travelling to some 90 American ports. Over 4 million people came to see the USS Constitution when it toured around the ports of America; a sign of the reverence and the respect the ship was still held within.

Since the 1930s, the ship has mostly been found at the Charlestown Navy Yard, which is a part of the wider Boston National Historical Park.

Indeed, the ship has now become a common choice to be brought out to mark key moments in history. For example, in 2012 it was brought back out to commemorate the 200th anniversary of its victory over the Guerriere.

While today it mostly is used for historical viewing and for being brought out for key moments of national celebration, the USS Constitution is a ship with a proud, rich history that stood the test of time. 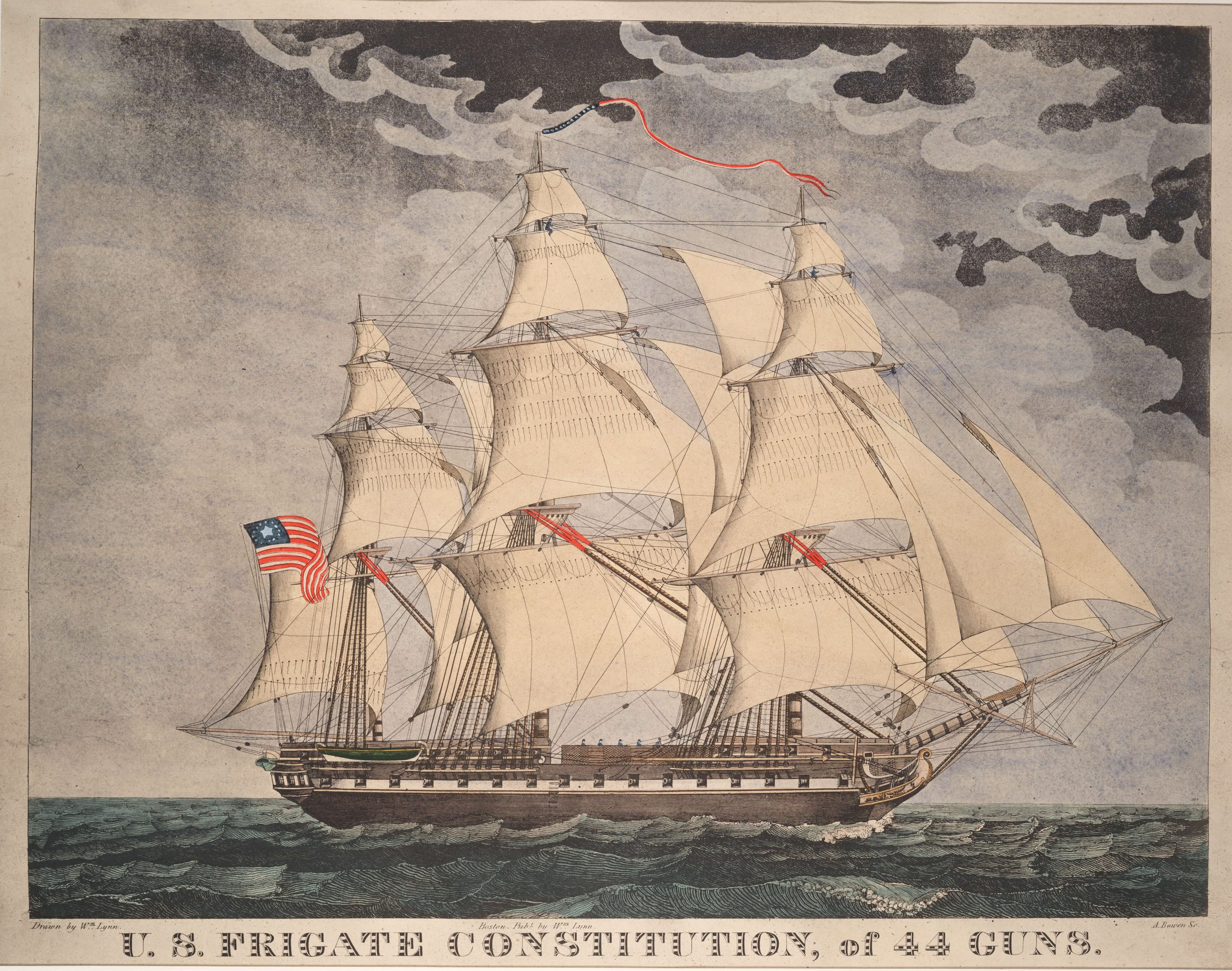 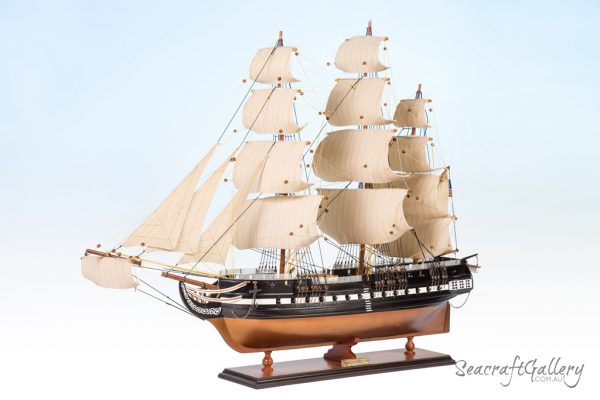 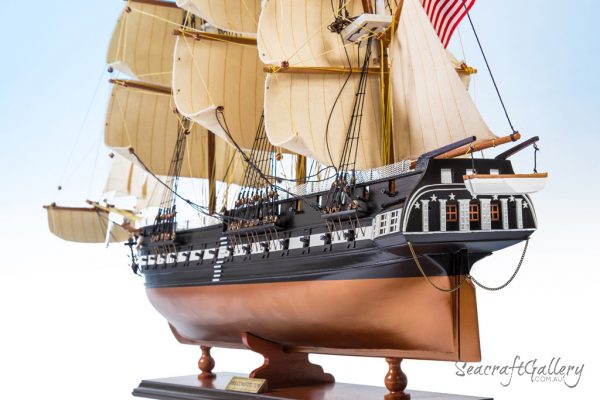 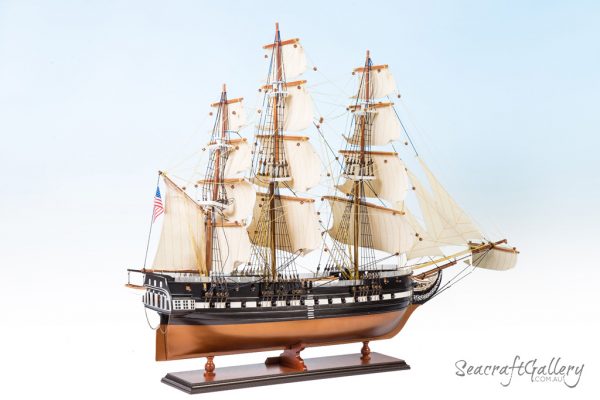 Seacraft Gallery is a leading supplier of handcrafted wooden model ships and boats. We have museum-quality USS Constitution model ships. Contact us today for your inquire! 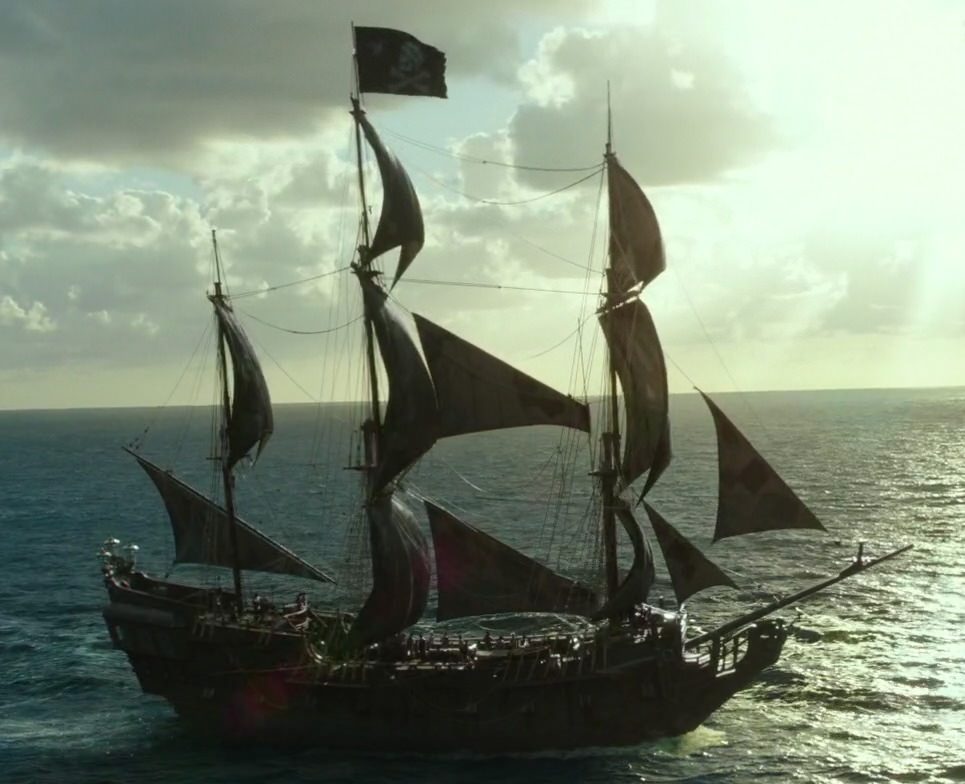