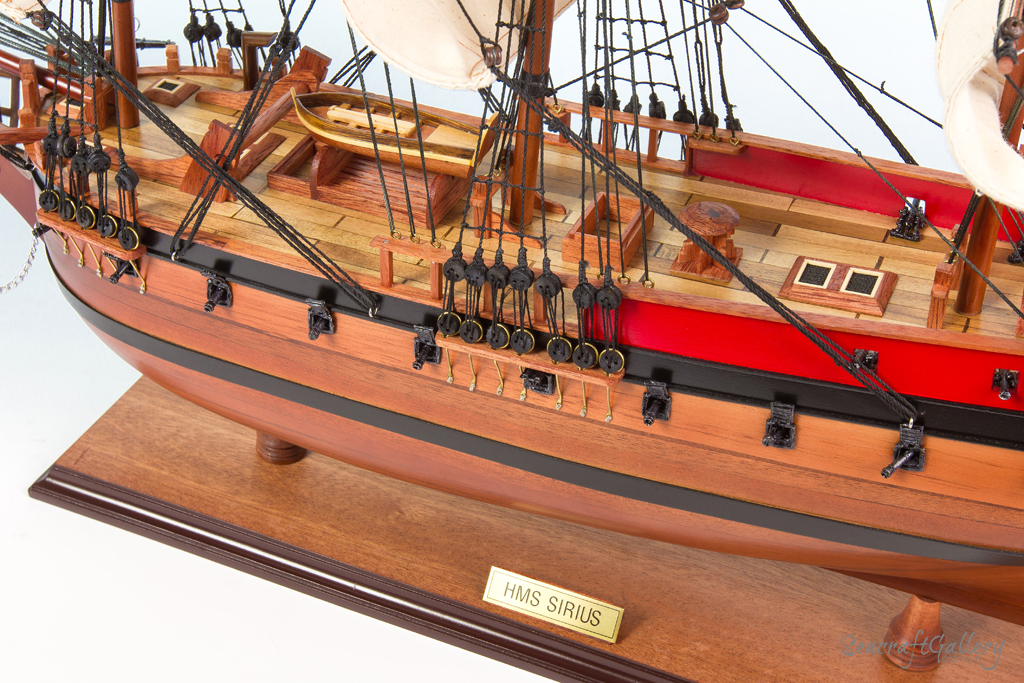 History comes to life when viewing beautiful, exacting models of famous ships which played important roles over the centuries. The famous First Fleet was sent to New South Wales to establish a penal colony that eventually grew to become the country of Australia. Now, you can own a replica of the First Fleet in the form of the two Royal Naval vessels that escorted the first 1,500 convicts, free people, seamen, civil officers, and marines on a voyage that led to a new chapter in history.

The original destination of the First Fleet was the Thirteen Colonies, but that was aborted when they won their independence in the American Revolution and subsequent formation of the United States. The eleven ships that made up the fleet, the HMS Sirius, HMS Supply, three store ships, and six convict ships left Portsmouth, England on May 13th, 1787.

The journey lasted 252 days, reaching Rio de Janeiro first, before crossing the Atlantic again to land in Cape Town at the southern tip of Africa. From there, the fleet set a perilous course across the Great Southern Ocean until it landed at Botany Bay on January 20th, 1788. The location was chosen based on the travels of James Cook, who first arrived at the site on April 26th, 1770, almost eight years earlier.

The expansion from Botany Bay to Sydney Cove and outwards is the stuff of legend, but the importance of the First Fleet successfully arriving set the stage for the formation of Australia. This is a strong reason why model ships of the First Fleet, particularly the Royal Naval vessels, are so popular.

It’s not surprising that the Museum of Sydney features scale replicas of all the ships in the First Fleet. It offers a unique look at this remarkable journey to what would become Australia. It is true that most of these ships returned to England, but the HMS Sirius stayed with the settlement and was used to resupply the colony after it was established.

The HMS Sirius was the flagship of the First Fleet, commanded by Arthur Philip, who in turn became the first Governor of Australia. The ship itself evokes the feel of late 18th century ships-of-the-line, including wooden planks used to construct the hull and the details that bring out the feel of the actual vessel. From the gun ports to the sails to the decorative fixtures and more, the HMS Sirius along with the HMS Supply have proven to be quite popular for those who love history and sailing vessels.

At Seacraft Gallery, you can find popular model ships of the First Fleet. Including the HMS Sirius and HMS Supply which are fully assembled and ready to display. Our ships are not kit models, but instead handmade wooden ships that convey the beauty and majesty of these remarkable vessels. The ships are built to scale using the original plans and reproductions for maximum accuracy.

If you are interested in learning more about the replica of the First Fleet vessels HMS Sirius, HMS Supply, and more, then please visit Seacraft Gallery today! 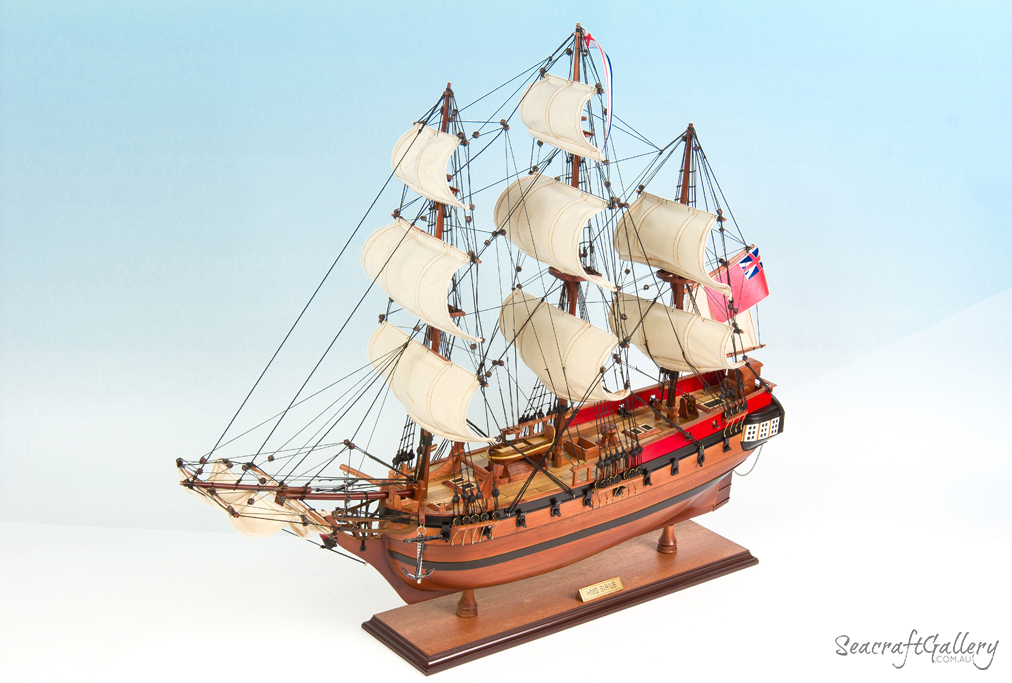 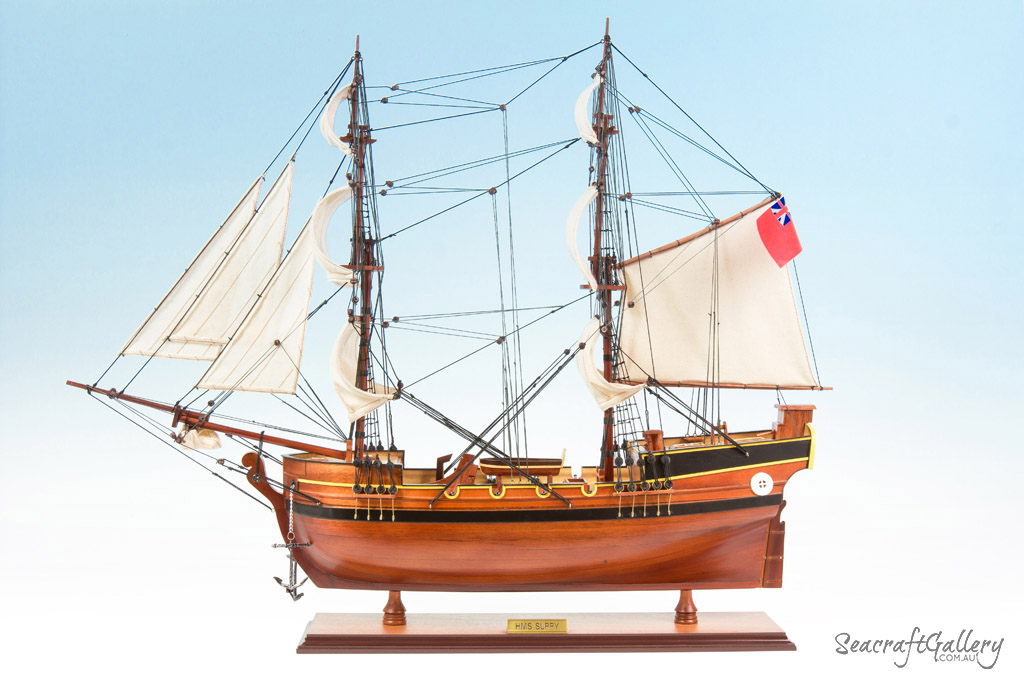 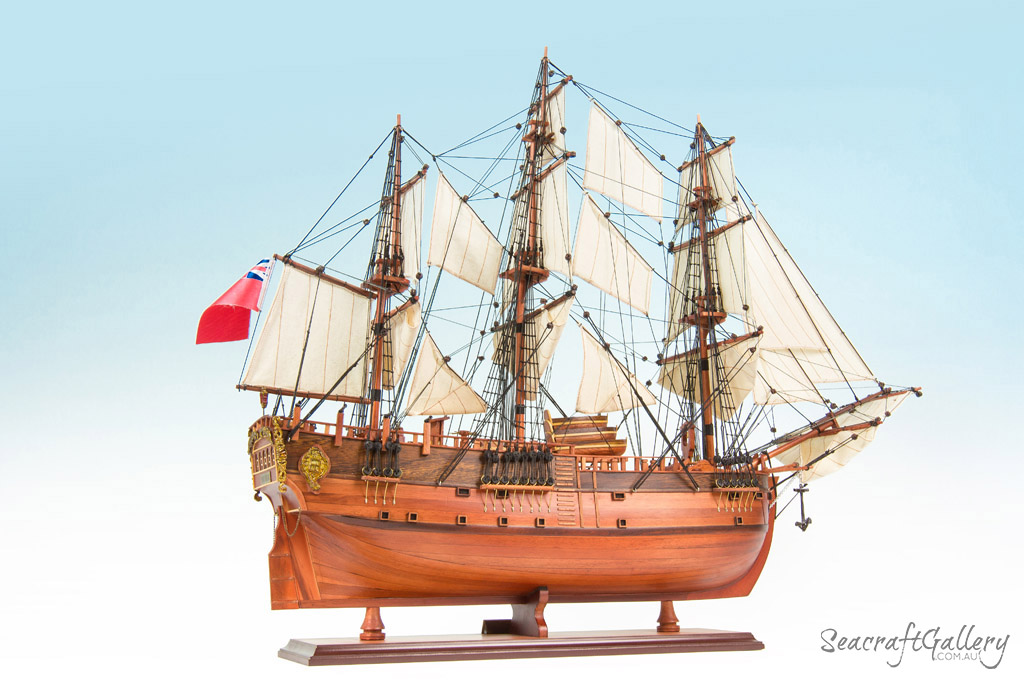