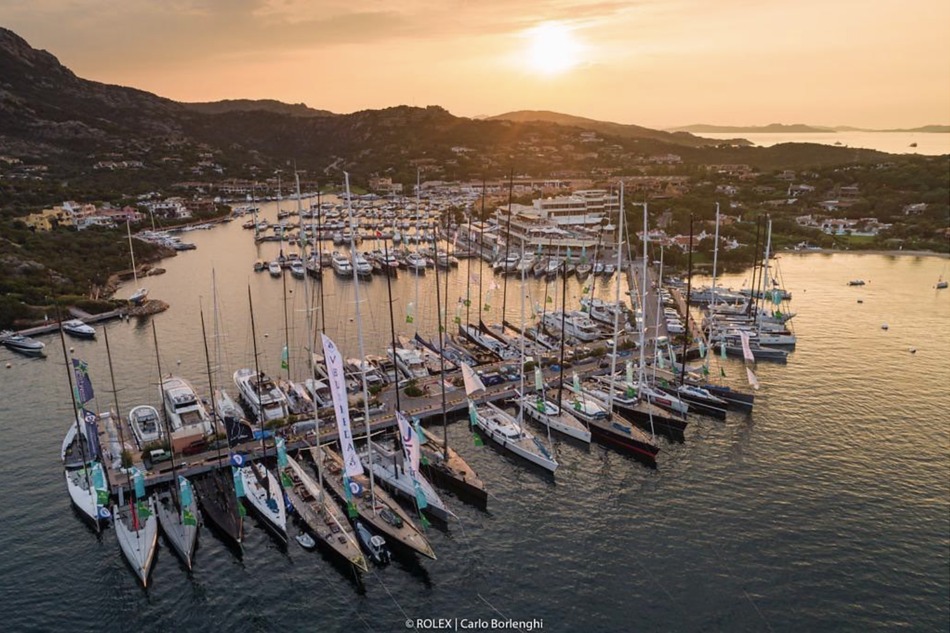 The America’s Cup - The oldest trophy in the sporting world

For fans of yacht sailing, there are many tournaments around the world which are worth paying attention to. Foremost among them, though, is the hugely popular America’s Cup. Known affectionately by its old name, the Auld Mug, the America’s Cup is one of the most prestigious and historical trophies in the world of sport. It has become the trophy handed out to the winner of the America’s Cup, a racing event held among various yacht clubs from across the world.

A yacht will represent its entire club in the event, and a second yacht will represent the main challenger to the primary champion. This will be arranged and agreed upon between the defending champion and their challenger. This legendary trophy, then, is one that deserves much more recognition from the wider sporting world. As one of the most prestigious trophies in the world, there is ample reason why it holds the distinction that it does within the sporting realm. What, though, makes the America’s Cup such a unique cup? Let’s take a look.

The oldest trophy in the sporting world

Indeed, one thing that you might be happy to know about the America’s Cup is that it is indeed a classic sporting competition. Indeed, those who know about the tournament say that it is the oldest international sporting trophy in the world. The trophy itself is regularly challenged for, but it has been a trophy that has seen many winners – some surprises, some totally expected.

The first event for the America’s Cup was help as far back as 1851. This came when the Royal Yacht Squadron won the race in the America, a popular schooner boat of the era. They managed to win a race which went around the UK island, the Isle of Wight. Indeed, it was not always known as the America’s Cup: it was previously known as the R.Y.S £100 Cup!

The name itself is actually taken from the initial winner of the tournament itself. It was then given away, donated to the New York Yacht club as part of the Deed of Gift – this meant that under the terms, the cup would be available for international competition for years to come.

Here we are in 2020, still seeing winners attempt to try and pick up this most famous of old trophies.

A cup open to all

Many sporting tournaments today are closed shop affairs; either invitational tournaments or come with gruelling qualifying campaigns. The America’s Cup, though, is nothing like this. Indeed, any yacht club that can meet the requirements set out by the deed itself would be allowed to challenge the champion yacht club for a chance to win the cup itself. If they are to win the cup, then naturally they get to keep the cup until they are challenged and defeated again.

At the time of writing, the next time that an America’s Cup challenge will take place is March 2021. Be sure to keep an eye out for cast-iron dates!

More than a sailing event

Part of what makes the America’s Cup such a fun and exciting tournament to watch stems from the fact that it is to do with more than the boat itself. The boats are the major attraction, yes; but this is more than a sailing event. It also comes down to being able to raise the right sponsorship and funds to make your challenge a winning one. It also involves quality management of the team, ensuring that everyone is pulling in the same direction – it is, after all, the only way to win the America’s Cup!

This is why this is more than a sailing event; it is a test of teamwork, of character, of camaraderie. It is the skills that gives the sailors the best chance to find genuine success when out on the seas. It is these skills and these demands that can make such a critical change to the way that a sailor goes about trying to win the America’s Cup; and for that reason, this tends to stand head and shoulders above all other sailing competitions in the world.

The combination of teamwork along with technique creates a fascinating, exciting experience.

Many people believe that major professional sporting bodies, such as major soccer and basketball for example, are too invested with money. However, do you know the kind of sums that are invested to try and take the America’s Cup?

It is a massive undertaking both financially and technically. Indeed, the investment means that many modern teams can spend anything from $100m above – indeed, the 2013 winner is expected to be among the most expensive in history, spending a lavish $300m to win the competition.

Therefore, this is not an event that you can take part in without the right combination of teamwork and sponsorship!

A history of success

For those who like to see sporting dynasties, nobody can lay claim to the success of the New York Yacht Club. Indeed, the original holders of the cup hold a whopping 25 America’s Cup titles, holding it from 1857 until 1983 defeating every challenge that came along their way. The first defeat that came along was the Royal Perth Yacht Club, who manages to claim a shock victory with the Australia II.

This went down as one of the major sporting shocks of the 1980s and became a talked about moment even until this day. However, there was only ever one challenger right up until 1967; after that, multiple challenging teams would come along and take on the New York giants.

Indeed, we’ve seen some pretty impressive wins over the years. While many of them stayed in New York, they stayed there for a reason: the city had built up a justified dynasty within the sailing world. Indeed, the 1930 yacht, the Enterprise, would go down as a truly outstanding winner in the history of the event. The J Class yacht was successful in defending the 1930 edition of the tournament, and though it was scrapped in 1935 just 5 years after production, it left a meaningful mark on the sporting world.

For example, though many challengers failed, they often came with an inspiring idea to try and overcome the New York experts. One such example of this was the Endeavour. Arguably more famous than its predecessors, thus J-Class yacht was built in Gosport, England, specifically for the cup event itself.

Thomas Sopwith was the recipient of this marvellous yacht, and used his knowledge of aviation to make some innovative changes. Indeed, some would say that the Endeavour might just have been the most advanced yacht in the world at its time. Despite innovation and technology, though, it was yet another loser, despite winning a series of impressive races in her debut season. Failing against the famous Rainbow, it came as close as anyone until the famous 1983 upset mentioned above.

At the time of writing, the Royal New Zealand Yacht Squadron are the holders of the America’s Cup. They are expected to take their next defence in 2021. The tournament has changed numerous times over the years, from the rules about who and what can take part to the kind of yachts used. One thing has always remained constant, though: a desire for competitive sporting engagement and a deeply exciting, satisfying and successful tournament! 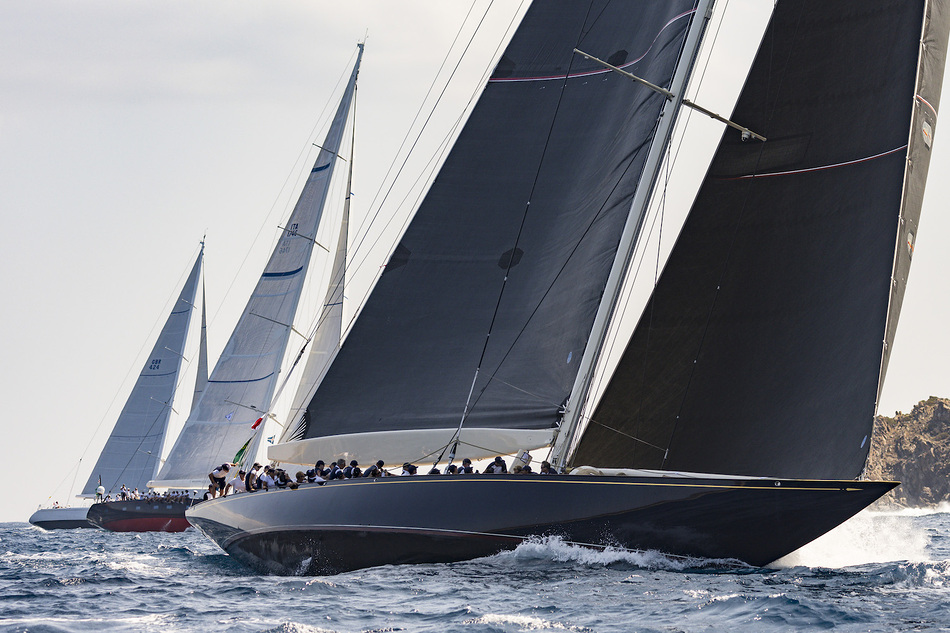 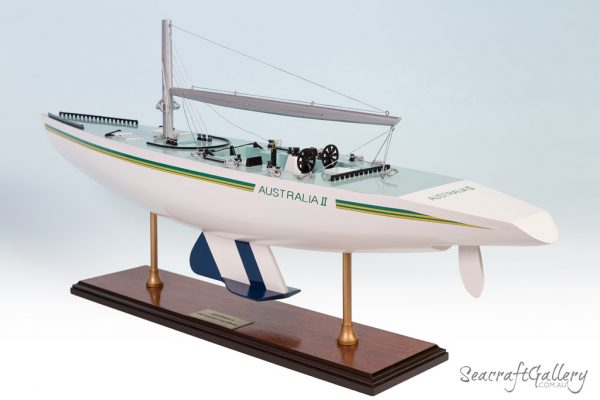 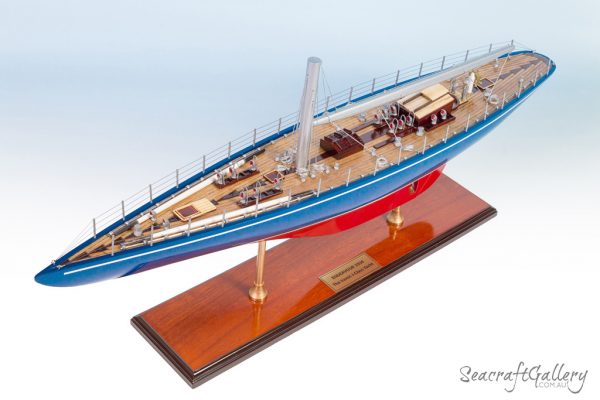 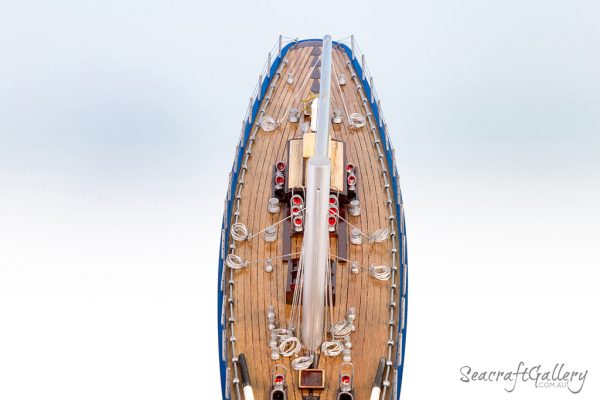 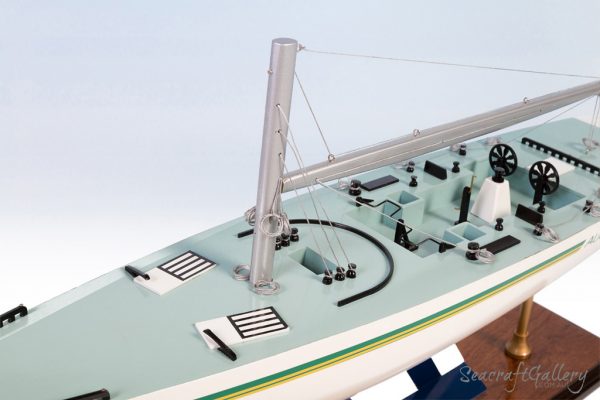 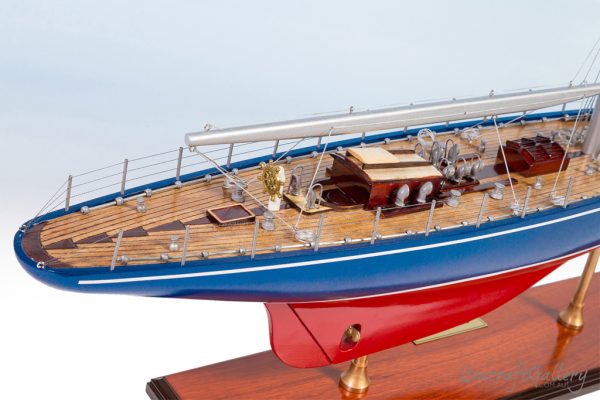 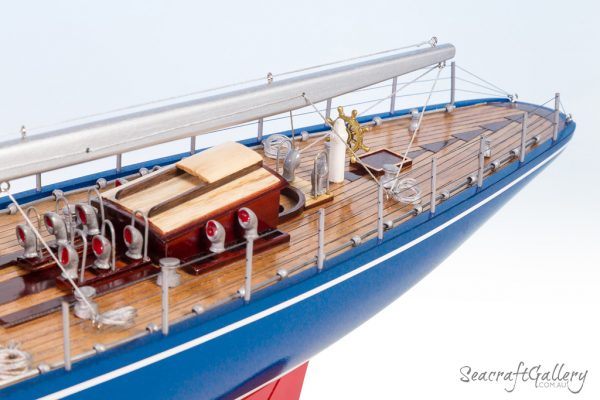 Seacraft Gallery is a leading supplier of handcrafted wooden model ships and boats and sailing yachts. We have museum-quality Australia II and Endeavour, Enterprise model sailing yachts. Contact us today for your inquire! 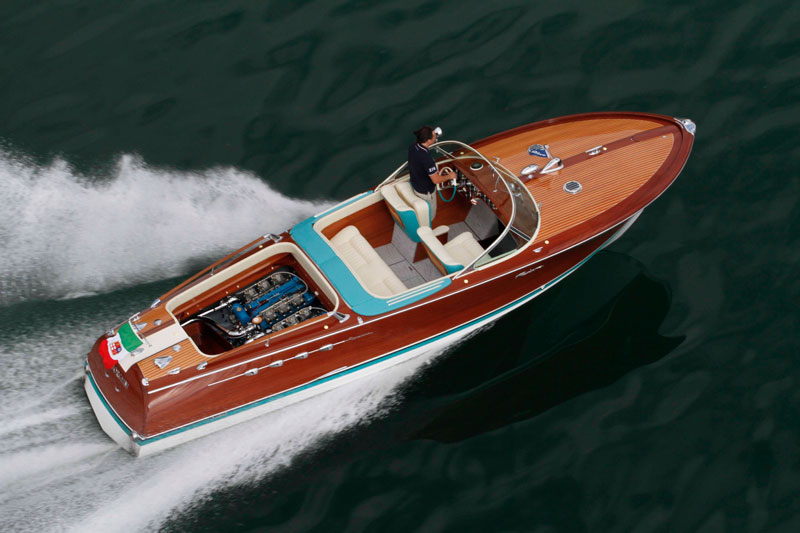