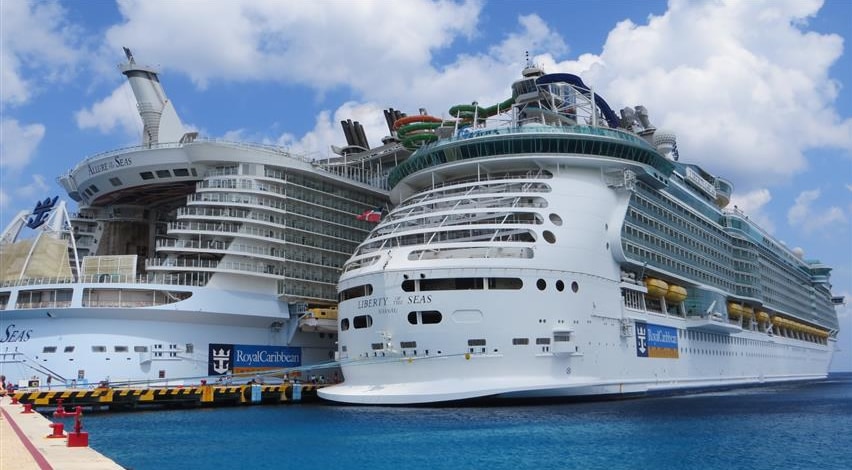 In the world of ships, we have some pretty special boats out there in the seas of the world today. Some ships tend to get more acclaim than others, though, and that is especially true of cruise ships. Two of the most famous cruise ships in the world are the Freedom of the Seas and the Majesty of the Seas. These are two major boats which have become a key part of the sea tourism industry.

The Freedom of the Seas

The Freedom of the Seas is a Bahamas-registered cruise liner that was built at the Kvaerner Masa-Yards in Turku, Finland. It was built throughout the early 2000s, with the ship taking its maiden voyage on May 11th, 2006. The ship has a Godmother, too; Katherine Louise Calder. Calder is an Oregonian and was chosen as an “everyday” person to serve as the godmother of the ship. She was selected as part of a wide-reaching contest to find a godmother.

With capacity for as many as 4,553 guests and space for an international crew of 1,447, this is a massive ship. The whopping 15-decks in total and sheer range of activities for all ages and mind-sets ensures that a trip to this cruise ship should be one that you have absolutely no problem enjoying should you choose to check it out.

A whopping 1,112ft long, the ship is also 185ft wide and is capable of hitting top speeds of 21.6 knots when cruising. While it no longer is the case, at one stage in history this was the largest cruise ship in the world when rated by gross tonnage. The Freedom of the Seas was larger than any other ship, including the Queen Mary 2 ship. This remained the largest cruise ship in the world until 2009, when the larger Oasis of the Seas was developed instead.

However, despite having a fantastic name, the Freedom of the Seas was almost called something else – the Ultra Voyager class of ship. This was changed, though, and it kept the name that it eventually left port with. The ship itself is home to many unique layouts and items, but part of what makes it so special is the unique number of murals that can be found aboard. Many of them were designed by the famous Clarissa Parish, helping to add a modern and artistic look and feel to the entire ship.

And while some no longer exist, something that set this unique ship apart from other cruise ships was the amenities on-board. One of the most unique was the impressive Royal Promenade of the Book Nook; a room with over 3 and a half thousand books on display for you to look through. It was a classic rare bookshop, and provided one of the most unique attractions you would find on a cruise ship. You could even get our haircut on the ship if you were so willing, such was the unique nature of the amenities onboard!

Though the Freedom of the Seas is known for its luxurious design and style, it was really the intensity of the features aboard the ship that made it such a standout vessel to begin with. What about its compatriot, though? What about the Majesty of the Seas?

The Majesty of the Seas?

Much like the Freedom, the Majesty of the Seas was seen as a flagship vessel when it was first developed. The ship itself is a fair bit older than the above, though, having taken its maiden voyage in April 1992. The ship itself is registered in the Bahamas, and was built in St. Nazaire, France, at the Chantiers de L’Atlantique. The ship itself is a truly impressive part of the 90s era of cruise ships; so much so that it was assigned HM Queen Sonja of Norway as its Godmother upon development.

A whopping 800ft long and with 106ft of width, this ship is very impressive – though somewhat dated compared to some of its more modern competition. With speed of 18 knots when cruising, too, for a 1990s cruise ship this is impressively quick.

Capable of handling as much as 2,767 guests at any time as well as a crew exceeding 900, this interesting cruise ship is known for having 12 decks in total. With everything to do from rock climbing to fine dining, you can find that this cruise ship is like an adventure park mixed with a travelling city.

The Majesty of the Seas itself has gone through some interesting changes over the years, with a potential transfer of ownership taking place in 2015. This, though, was ended at the last moment. It offers a variety of getaways, and has also been scheduled for various tours of locations across the Americas and beyond.

The ship itself was one of the most forward thinking and modern of its time, too. The ship was known for having a casino, a pair of whirlpools, sporting facilities such as basketball courts as well as numerous arcades, boutiques, movie theatres, line lounges, and even a video arcade. In short, it was a modern cruise ship that, even in the 2020s, feels like a modern journey that is packed out with interesting and engaging ways to have fun.

The ship itself was heavily refurbished in 2007, too, with a 4-week refurb period taking place. The boat went through some changes then, with new fitting of public areas, restaurants, shops, centrums, and cabins included. It also went through renovations in 2016 and 2018, with various changes and improvements made to help keep this boat modern enough for usage.

While the Majesty might no longer be the largest or most modern cruise ship around, it’s still a popular go-to choice for people all around the world. It’s also had various key voyages in recent times across the Caribbean, including trips to locations like Coco Cay and Nassau, 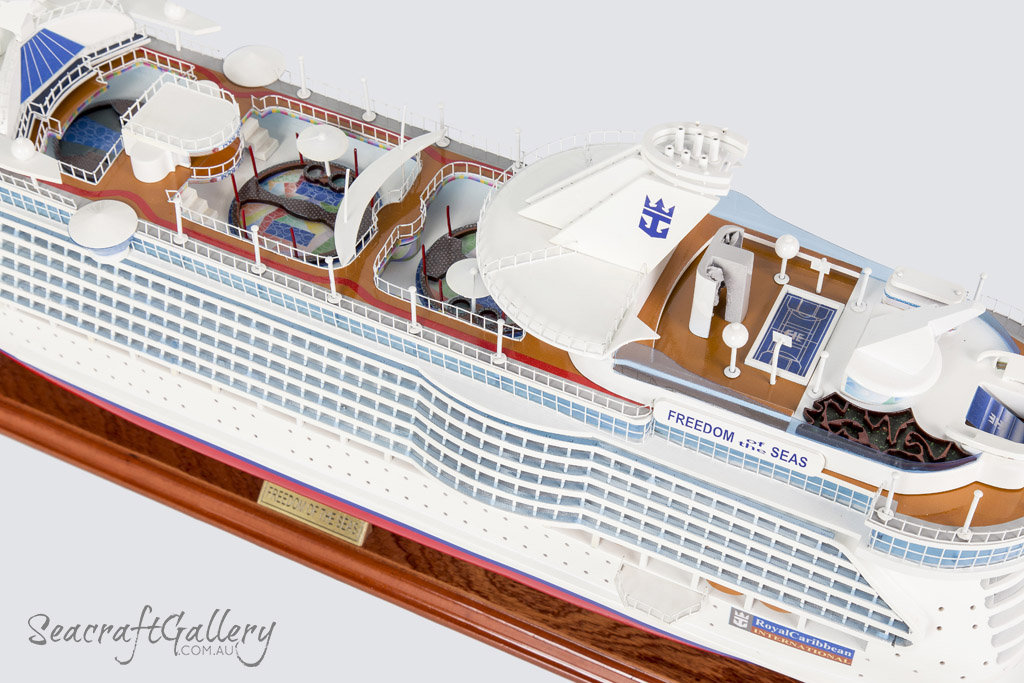 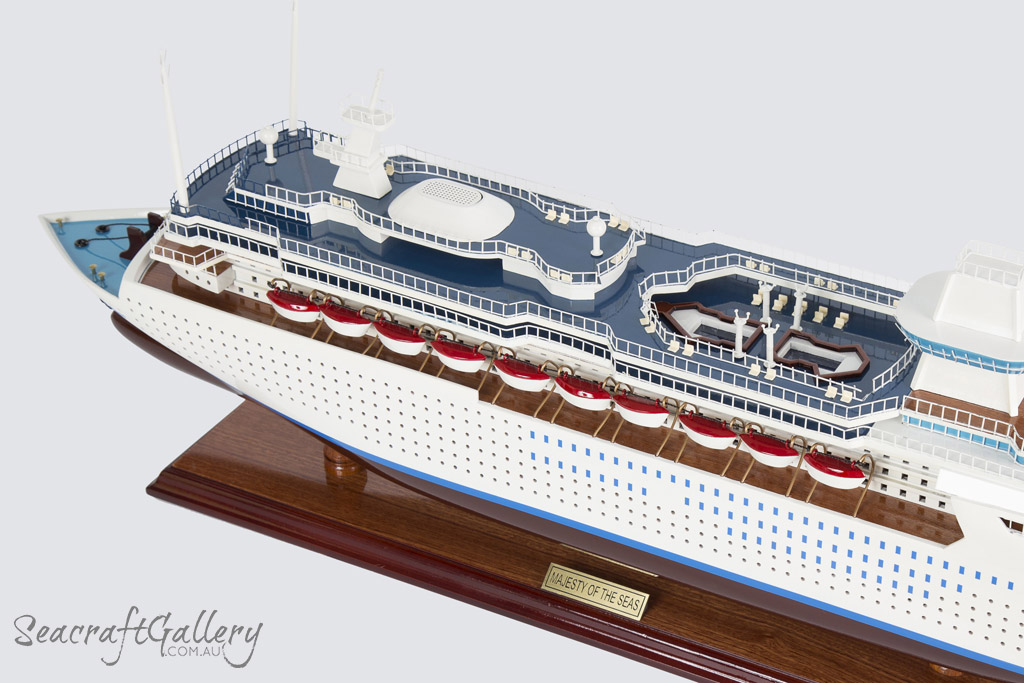 Seacraft Gallery is a leading supplier of handcrafted wooden model ships and cruises. We have museum-quality Freedom of the seas and Majesty of the seas model ships. Contact us today for your inquire! 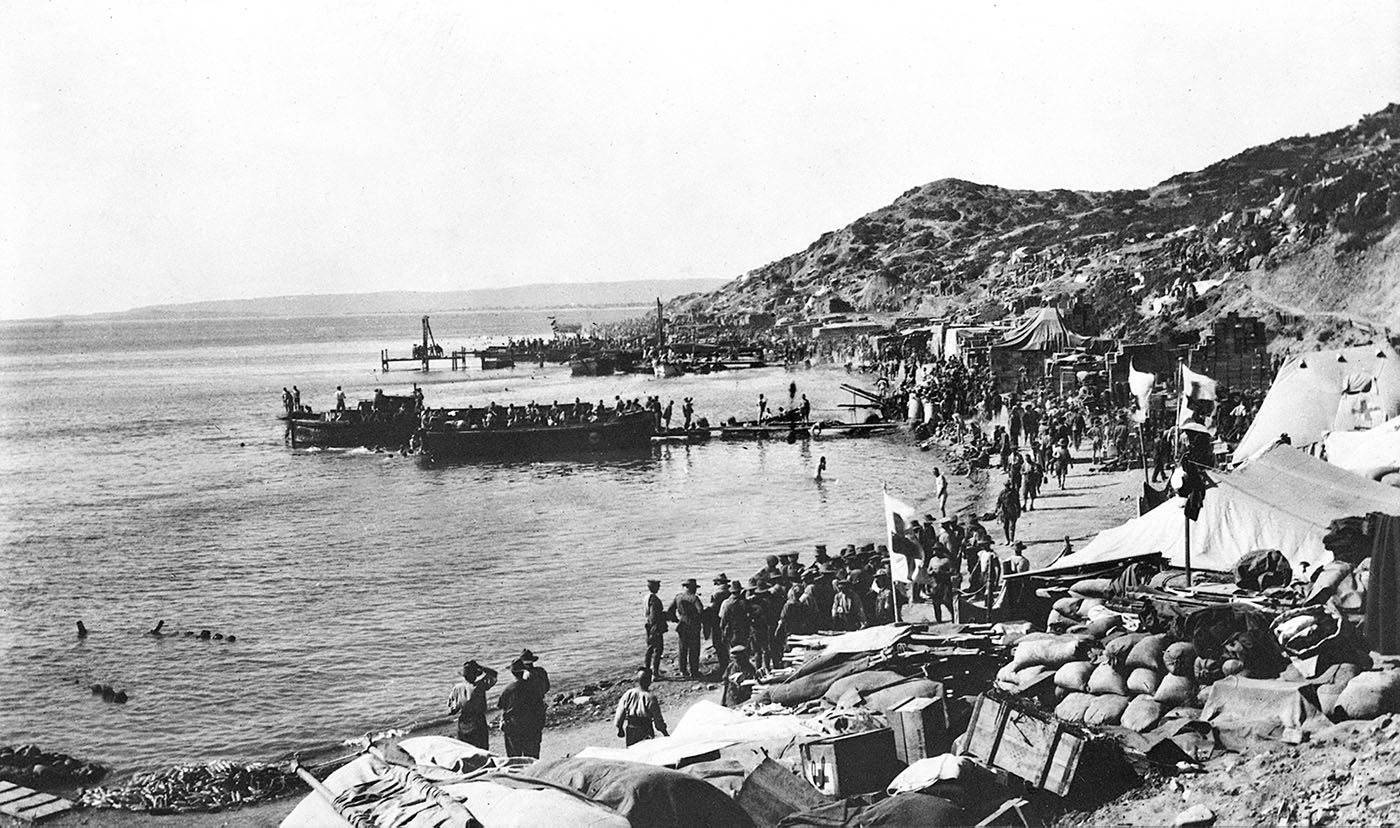