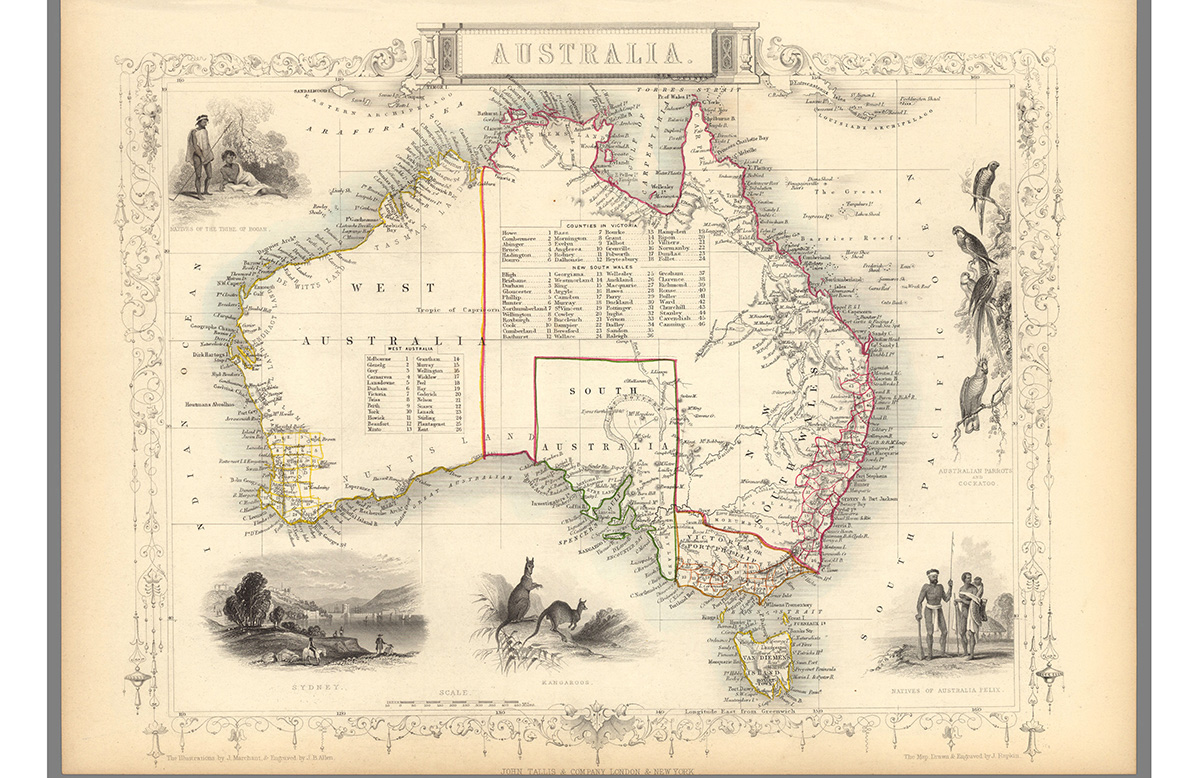 The fascinating migration history of Australia

As one of the most interesting countries in the developed world today, Australia holds a very unique culture and history. This is a nation that has gone through exceptional challenges to get to where it is today. The history of Australia is an odd one, and quite different from that of many nations with the kind of culture and power they hold today. However, the early days of Australian development might shock you as you find out just how this beautiful country came to be.

Let us, then, look at the fascinating history of Australia’s migrant population.

Indeed, today, it is suggested that in major population hubs such as New South Wales that as many of 4 in 10 people are migrants or the children of migrants. However, it is important to note that the first migrants to arrive in Australia were not exactly willing participants in their decision to be moved across the world. The first migrants were British convicts who were taken from British colonies across the world. Between the years of 1788 and 1840, as many as 80,000 convicts were sent to Australian land to begin again.

It was not until the 1830s that people began to turn up of their own choice and volition. Some would make their own way here, while others would travel on the massive migrant ships that would transport people to this part of the world. Various state-sponsored and private-sponsored schemes existed, placing people on a boat to start a new life in a totally different part of the world.

Until the 1850s, though, development was slow. The majority of people who would be arriving to take part in the development and settlement of a new nation. It was not until gold was found outside of Bathurst in the year of 1851, though, that development began to increase, and thus more people would begin to get involved in arriving.

The majority of journeys would take people to major ports across the country to places like Fremantle and Sydney. However, early journeys to Australia on the migrant boats would have been far more treacherous than those in the 1900s. Traveling to Australia in the 1780s and beyond would have been nothing more than a dangerous journey. It was not until the 1850s that you could take a steam trip. These were typically stronger and safer than the old ships.

However, the old clipper ships could turn a 4-month journey into a 2-month journey with the right wind and conditions. These ships were among the state of the art when they first appeared, but the length and challenge of the journey was always something that worried people. Those traveling in the early days, though, were often kept in the lowest decks which were below the water line. Hygiene and poor living conditions during the trip was common, with the lowest passengers left in the dark and without any proper ventilation – a breeding ground for disease and illness. Sadly, many who set off for the journey would never make the end trip.

Conditions were cramped, and the use of things like candles and oil lamps were often forbidden. With precious few lifeboats and not many swimmers among the migrant populace, too, a shipwreck or sea disaster often meant going down with the ship.

The changing of the pace – finding gold

As mentioned above, gold was found when Bathurst was explored in more detail. The discovery of gold soon started to see people arriving from elsewhere in a bid to try and create fame and fortune. Indeed, between the years of 1851 and 1861, some 6000,000 people arrived from Britain and Ireland alone. Some 40,000 plus arrived from China, with thousands arriving from America and across Europe, too.

This created a migrant rush, with people arriving from all over the world to try and get in on the ground floor of what seemed like a special opportunity. Indeed, by the time of Federation within the country, the population had risen to some 10x that of the aboriginal populace, to around 4m people. This left Australia with a unique melting pot of Asians, Europeans, Britons, and Americans. However, despite having a strong history of migration, it wasn’t long until colonial forces here wanted to ‘keep Australia British’.

This began with confederation in 1901, and immigration controls were soon put in place that became far stricter than before. While early days in Australia were more or less unfettered in terms of access, the discovery of gold pushed the more tyrannical aspects of government into action. The Commonwealth now oversaw selection of migrants, with colonies no longer able to manage their own immigration system as they saw fit.

This led to migration prioritising British and Irish citizens. This led to the passing of the Immigration Restriction Act, which made it harder for the growing Chinese populace to continue bringing over family and friends. Today, this is known as the ‘White Australia policy’ and is seen as a black mark on the history of the time period. This even limited Pacific Islanders from taking part in labour jobs, with mass deportation taking place.

The slowdown of migration

As the 1900s kicked into gear and the First World War began, Australia seen migration slow to a near halt. Many nations which were once welcomed on Australian soil were now met with a hostile environment. For example, many people from areas such as Germany, the Austro-Hungarian Empire, and Turkey faced persecution and even internment. Some 7,000 people were interned in camps across the country, with the ban on Turkish people in particular not ending until the 1930s.

Peace and the end of the First World War brought a change and a return to faster migration. Anyone who served was given free passage to one of the colonies, and some 17,000 migrants arrived between 1919 and 1922. With America looking to also stem the flow of European migrants, Italians and Geeks began to appear in regular numbers across Australia.

Many Jewish settlers arrived, too, fleeing from Europe and in particular in Germany. The 1929 Great Depression, though, soon put an end to assisted migration – it was not until the end of the Second World War that Australia would begin to open up its doors to more continued migration.

The migration history of Australia is a unique and diverse experience, but part of the post-war migration process changed the history of Australia forever. Indeed, the words of then-Prime Minister Ben Chifley that “we must populate Australia as rapidly as we can before someone else decided to populate it for us” led to a transformation change to migration in the country.

The Department of Immigration in 1945 opened. They aimed for annual population growth of some 2%, with 70,000 migrants a year expected to help make up the difference. Though the government wished for the ratio of ‘foreign’ arrivals to British arrivals to be 1-to-10, the British government had no such desire to meet such a huge rush of expatriation.

As such, a huge number of people who had survived the war in Europe – Polish, Yugoslavians, Hungarians, and more – began to arrive in huge numbers. A minimum of 12,000 refugees from nations such as those above as well as nations like Ukraine and Latvia were permitted to entre the nation. By 1947, the Displaced Persons began to arrive from nations like Estonia, Latvia, and Lithuania. For seven years, this scheme seen over 171,000 migrants arrive from these nations.

Agreements with nations such as Holland, Italy, Austria, Germany, Greece, and Spain, as well as parts of the US, UK, and Scandinavia, seen Australia become the second highest nation in the world for proportion of migrants being accepted after Israel.

Huge numbers of Italians, Germans, Greeks, and Poles all arrived. This has helped to change the culture of Australia, moving away from the dreaded days of ‘white Australia’ to the modern era of multiculturism and backgrounds. Today, it’s easy to find Australians who hail from European and Asian backgrounds: the one thing that brings them all together, though? Their passion and pride at being Australian citizens.