View cart “HMS Bounty 45cm” has been added to your cart. 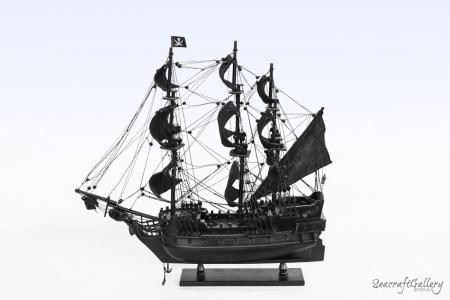 Pirates of the Caribbean 45cm

The Black Pearl is a very interesting ship, with a rich history in the series. It was produced as a merchant ship known as the Wicked Wench and was mostly used as a safe trading vessel. However, during a battle with Captain Armando Salazar, the ship’s captain, Captain Morgan, was killed – and so Jack Sparrow took command. Owned by Cutler Beckett, the ship was put under the command of the East India Trading Co. once again, before Sparrow managed to take it for himself. The ship, then, became one of the most important parts in the life of Sparrow and his crew.From helping them to find the legendary Chest of Cortes to Aztec gold, the ship managed to get through major scrapes more than once. It even managed to take on other legendary boats, including The Flying Dutchman. Take one look at this splendid ship model, and you’ll see why it is so popular.

1 review for Pirates of the Caribbean 45cm